Requirement is 3 players - no more, no less, with 2 of you playing the employees, having to survive the time, while 1 of you will be playing the Monster, wanting to spread love among your friends and convert them to your side before you run out of battery.

This is a local split-screen multiplayer competitive survival game meant for 2 players to play as the survivors and 1 player to play as the monster. Survivors are equipped with abilities and gadgets that can only be utilized collaboratively by both of the players.

Activate Land mines with P, P2 (They need each other for it)

Shoot Gun with Spacebar (P1 & P2 must be in close proximity)

*ALL ABILITIES WILL BE INHERETED ONTO THE LAST SURVIVOR; CONTROLS WILL REMAIN THE SAME TO THE RESPECTED SURVIVOR*

Installation should be pretty easy- simply download the .zip file, and open the application from there.

Wow, what a complex game! You have a lot of good elements here to make for an interesting game. First kudos to the asset design and music, it's a interesting combination of horror and cute. Also really like how smoothly the cameras navigate to the different players.

Even with the tutorial, I felt a bit confused as to what I had to accomplish with the people I was playing with. Rule-writing is one of the hardest parts of game design in my opinion. You could have this really interesting system but if it isn't explained clearly then your players will never get to see it. I think that scaling down on some of these mechanics so that you can fully explain just 1 or 2 of them would be really beneficial. Right now I just felt overwhelmed with everything I had to keep track of. My biggest suggestion as of now is step back and see how you can more effectively convey this information to the player.

Unfortunately, I was only able to play this single person, however, I was still able to get the feel of the mechanics.

I think that the different abilities that the players have are pretty interesting, though I can't fully test them out without multiple players. I think the co-op speed boost is good and keeps players from splitting up, but I wonder if there could be an emerging strategy for splitting up, I would be curious to see that tested with playtesting. Though you would need to make changes to the camera setup. There could be another element that rewards the players for strategically splitting up. The UI for the monster's abilities is a bit confusing but the tutorial is very well done and walks the players through the controls well.

I was able to playtest an early version of this game and I think that everything that has been implemented is well done and gives the player a nice set of options. When I playtested the monster only had the phase through walls, I like the addition of another ability that can be swapped. The use of the middle mouse to scroll between the different abilities is intuitive and works well considering the limited inputs for multiplayer.

I really enjoy the overall aesthetics of the game. I think that the combination of the 2D sprites with the 3D environment is very cohesive and reads well. The lighting and particle effects add a lot to the gameplay and they gave me nostalgia for in-person games like laser tag, and the environment assets reminded me of playing manhunt. The dark mood overall is a good decision and makes sense with the hide and seek theme.

I can't make much of a statement on the multiplayer balancing, but I will say that as a player I think I would enjoy playing as either the employees or the monster.

I could see how this game departs from first year's Run Faster. It truly shows the innovative screen splitting and control as a local multiplayer game. The aesthetic is very charming and the contrast between cute theming and all the ferocious action just feels attractive and relaxing.

My only suggestion about this game is, probably not to this game but a future iteration of this genre of game: Make a simple version of it that can already contain so much fun! Try to limit the ability of all the characters to one. For example, the player will only have to push boxes and solve puzzles, while the antagonist will throw some cages and boxes to mess up their plan. That will make the game so much easier to balance and for players to catch up, unlocking a better utilization of the dedicated design map to set up some indirect level design.

I really enjoyed playing this game! I also played this solo, but I still tried out all the mechanics and played a round against myself.

I think the first thing anyone will notice are the amazing visuals-- the asset and level design are really nice! It's very satisfying how the characters are animated as they're moving, and all the assets look properly scaled and polished. I think the theming and visuals are great.

Another aspect I found super impressive was the wide range of player mechanics. I playtested the very first version of the "click to move" and "phase through walls" mechanics-- and they have come such a long way. I'm surprised at how many other ones you added in the meantime-- especially all the attacks and traps. I felt this was a very strong aspect of the game that could definitely be expanded upon in a future iteration.

As far as areas that could be worked on, I can only comment on a small part of the gameplay experience, since I played by myself. In terms of mechanics, I think that the wide scope is a strength, but the many controls became difficult to recall later. I think it might be the fact that you have to remember both how to set traps, and also how long you need to hold the key down for them to place. It might be a good idea to have a little guide somewhere on the screen for the players in this case.

In terms of errors, I only encountered one. The "pull" function for player 1 can be exploited by pushing instead, and it would also be good to note that the player should press Q again to release. Otherwise the game ran very smoothly and I didn't encounter any other problems!

Overall I think this is a very strong iteration of your game, and could be easily polished for a further version. Keep up the good work!

This seems like an interesting game that is unfortunately really, really let down by the fact I can only play it as a single person, to the point I’m not sure how meaningful my feedback can be.

I think the character art is really well done. It and the abilities interface have a really cohesive and nice look, and are eye catching to boot, and the movement they all have is really unique and well done.

I’m less sold on the environmental art; the ground with the normal mapped texture and everything looks nice, but I don’t feel like it meshes too well with the character sprites. Its contrast with the interface is pretty nice though.

The abilities all seem really interesting. I love how the bounce works for the trap; the push/pull seem like they could lead to some interesting things, and I really like the idea of the two runners having to be near each other to be at their best. It’s kind of hard to tell more than that by myself. Looks really promising though!

I think it’s really great you guys included a dedicated tutorial, and it seems laid out in a way that does a decent job of explaining things. I think there’s still a bit too much going on, especially for the monster, but it’s kind of hard to tell when I’m trying to absorb 3 roles at once. If there’s a way to describe all the abilities without as much text on the screen I think it’d be helpful though; there’s a bit too much reading. Or at least space them out a bit more.

In all though, I think this is really promising! I’m hopeful we’ll get to see it played in multiplayer during the demo, I really feel like playing it by myself lets it down.

Reply
Will2 years ago

Thanks for the detailed feedback. I was really conflicted about using that particular texture too. I later wanted to find a one with a slightly tuned down normal map but did not have the time. Also I retextured some of the environment assets, it did help but there was still a conflict in the style. I will definitely tune down the text in the tutorial too. The tutorial was finished last minute as well, and it was hard to make space for making a more visuals oriented guide. I will definitely improve on that. It definitely is hard to test out the mechanics by yourself but appreciate that you tried them out. 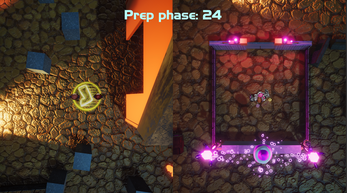 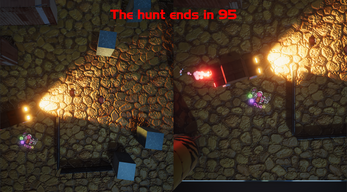 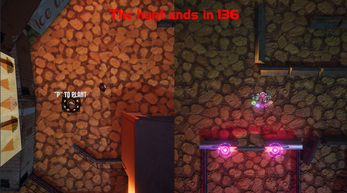 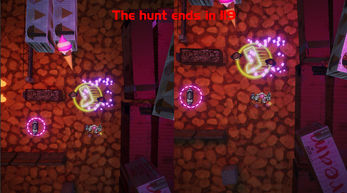