Working on the survivors, not only do I must ensure correspondence to the abilities of the monster chasing after the survivors, I also must take into the considerations of how 2 players can be manifested to be dependent over each other all while under the conditions of that the player is still very independently controlled, and each player's gameplay will not be out of the game's premise and contexts without each other.

With these in minds, the questions of the following arises that revolves around and draw emphasis on the game's core essence:

The most crucial considerations and designs for this game are the involvement and the necessity to collaborate with each other. In this sense, it would be simple to just separate one player ability directly into 2 different segments. However, by doing so, the essence to the controlling and functioning of the ability would be the same. On top of that, there will be no technical differences as well in comparison to the ability for a single player other. Thus, the necessity of collaboration and multiplayer will be diminished, as a single player could operate both players and abilities simultaneously, which in essence stimulates more towards multitasking rather than collaborations. Therefore, I designed all the abilities under the notion of that the players will both contribute independently to enable the functioning of a dependent ability.

Speed boost is the most fundamental passive collaborative ability to amplify the survivors' benefits, as the monster is faster than the survivors in default. The condition to activate the boost is that the 2 player must stay in range with each other. The changes made for this ability is that the speed boost only has a life span of 3 seconds, and a cooldown of 5 seconds compare to the original active as long as the players are in range, for it would to be too overpowered for well-coordinated players to just constantly use the speed boost, and the purpose of the other abilities would be neglected. 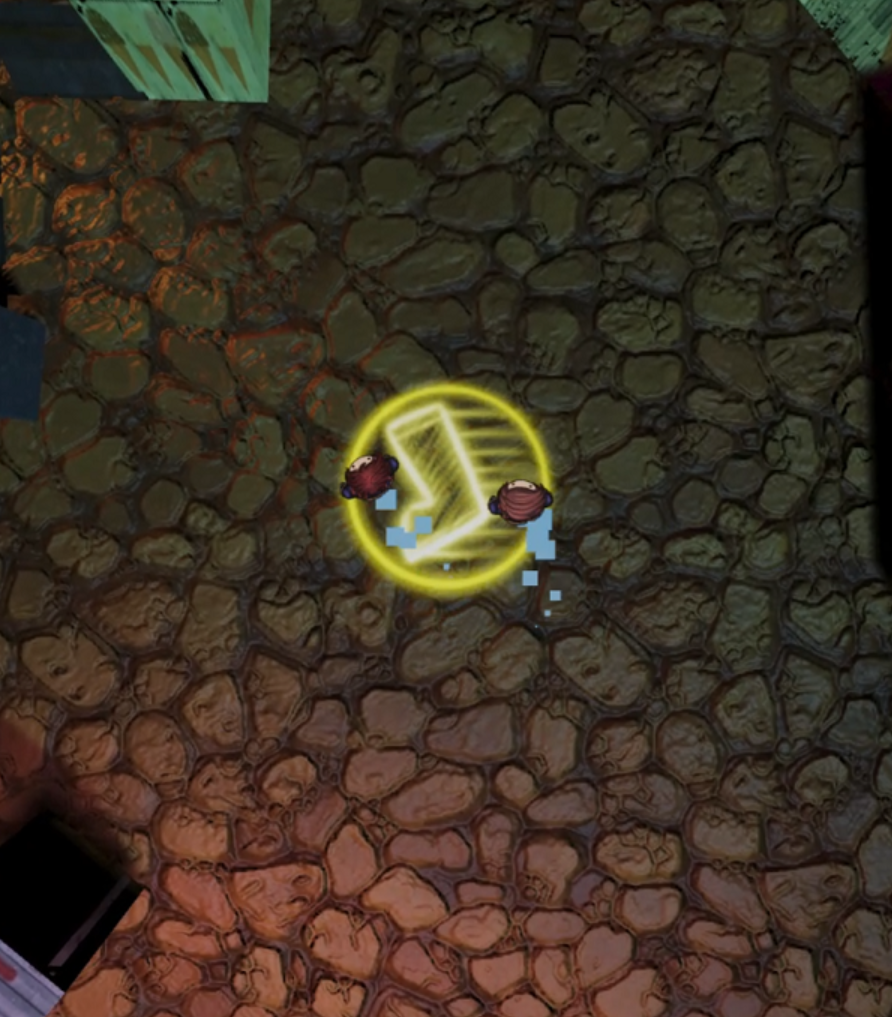 The traps are active abilities for the survivors to collect and use. The traps will not be displayed in the monster's vision. The traps are active abilities that involve contributions from both players. If player01 receives the trap buff, player01 would then be able to place the traps; however, in this case only player02 would be able to plant and activate the trap for it to be functional on the monster, and vice versa. 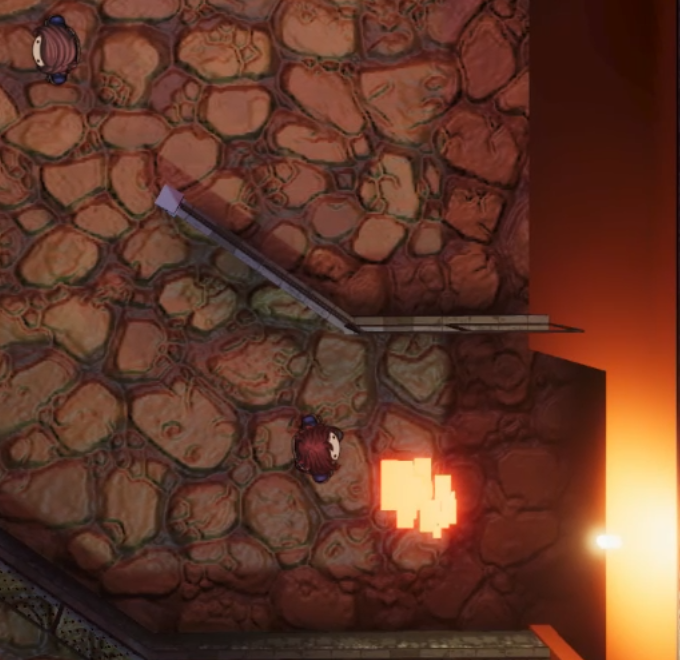 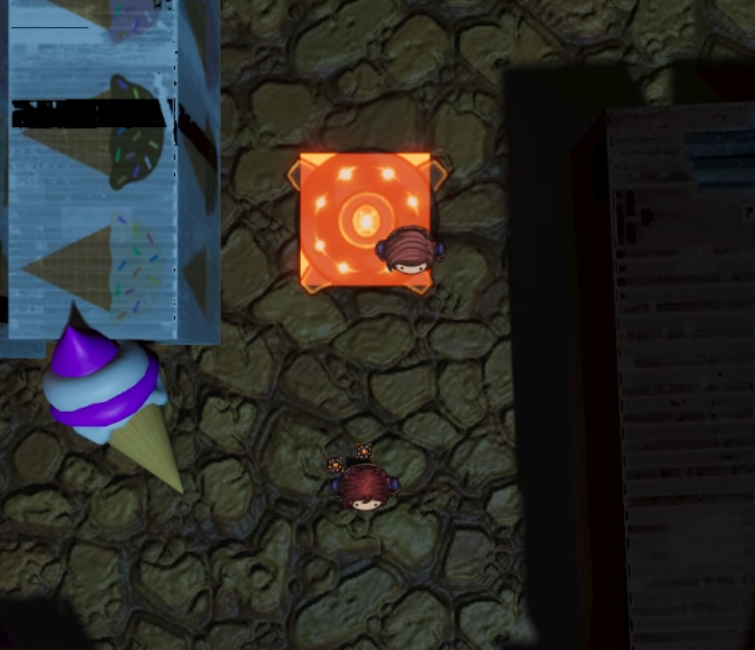 The weapon is the only gadget in the game for the survivors to have the possibilities to kill the monster. However, to reduce the weapon's overdependency and overpowerfulness, it would be a rare item with even more challenging  controls. The weapon can only be equipped onto one survivor at a time. The rotation of the survivor controls the aim, the distance of the bullet is fixed, and the life span of the weapon would be 8 seconds with low fire rates. To ensure the trade-off of risks of applying such lethal gadget to the monster, the weapon can only be fired when the 2 players are in range with each other, as the survivors would then be involving the risks of sacrificing their distance with the monster. 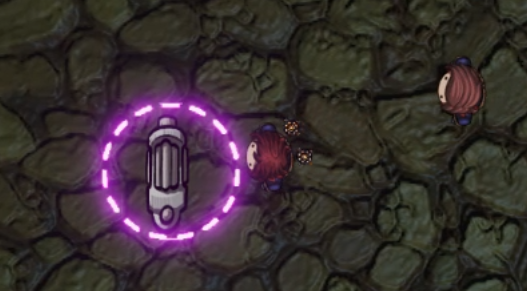 There cubes are abilities for the survivors for map manipulations. There are 2 types of cubes:

1. The Red Cubes - Only Player01 can interact with it to perform PULLING on the red cubes. 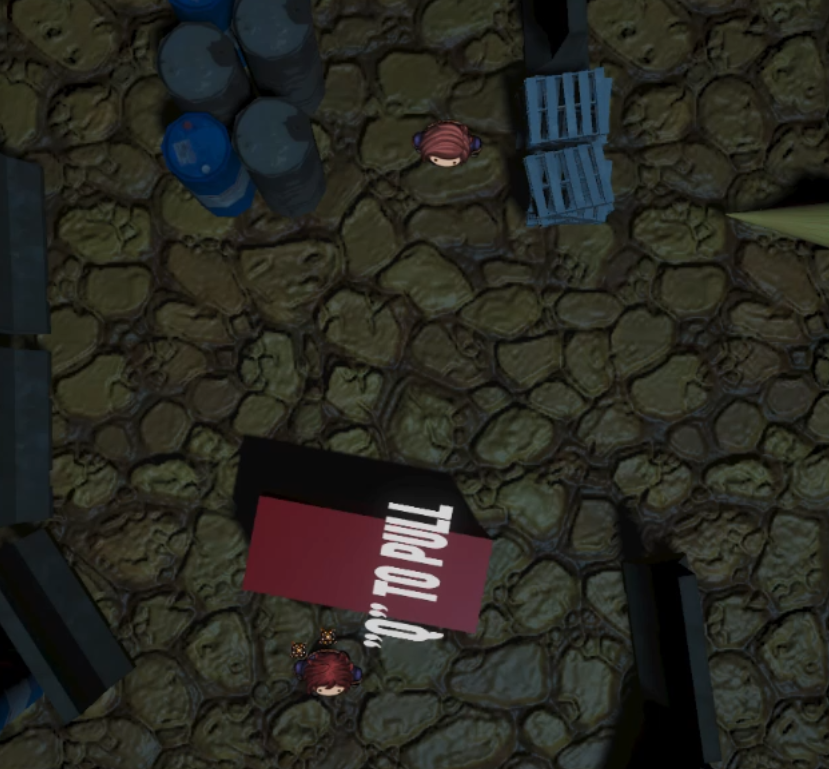 2.  The Yellow Cubes - Only Player02 can interact with it to perform PUSHING on the yellow cubes. 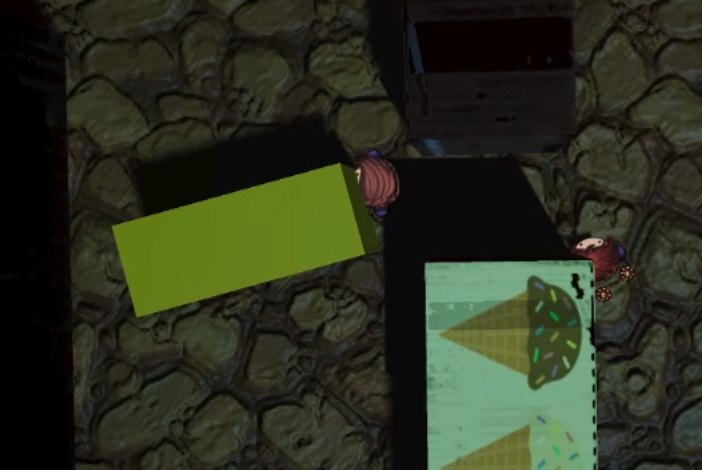 I synthesized the mechanisms of the cubes and constructed a specialized composition of terrain for the survivors to unlock and enable new path ways for more flexibility of maneuvers and rare items. 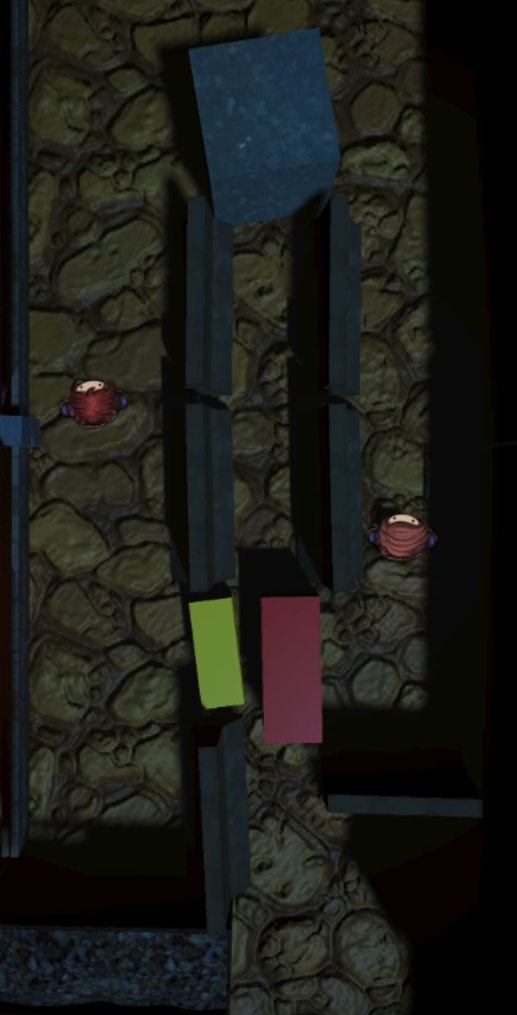 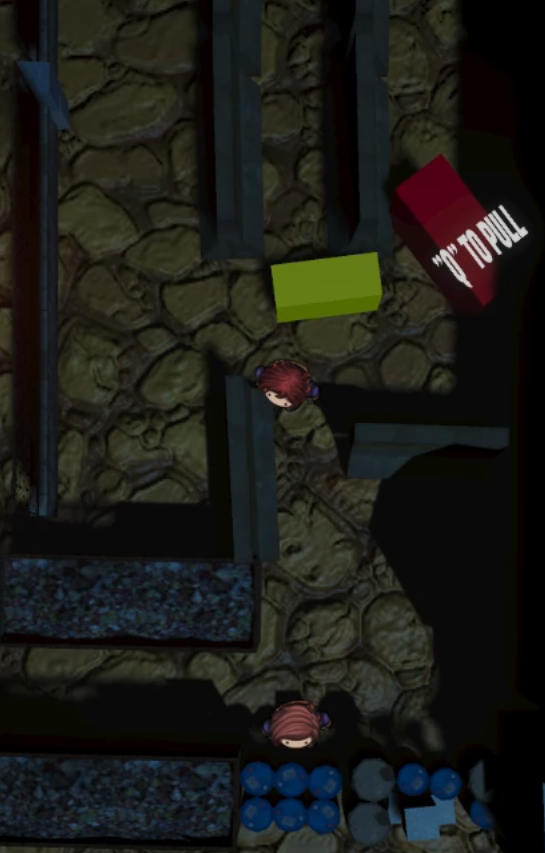 One of the most challenging approach to the designing and the creating of the survivors are that the transition and balancing of the last survivor when one of then survivor is eliminated. Once there is only one survivor left, the sole survivor will possess all the abilities from the alternative survivor, with all the controls will be remained the same to ensure consistency, while all abilities would then be able to be performed completely independently. However, the variations in the status-quo of the survivor comes with a trade-off, which that the speed boost will be permanently deactivated to stimulate calculated and tactical resource management. On top of all these, the technical architecting to the construction of this mechanism is more difficult and complicated than it may seem. I have created different states and Booleans for every asset that has correlation to the survivors.

To ensure the unobstructed gameplay experience, instead of the traditional canvas based UIs, I created detection based UIs directly onto the appropriate objects. The informative UIs only appear when the appropriate survivor is under the appropriate requirements for the interactions.

Get 2 MINUTES WITH CHILLY

OK this reminds me of the time you destroyed me in your split-screen dungeon game. This game feels like a plus version of that game, with more intricated mechanics and a better playing experience.

Pros: All of the battling mechanics are very well done! I know immediately what can my powers do, and learned with time how could I use them to counter the enemy. The art on characters are also pretty well done.

Cons: The UI and the ground sprite needs to be polished more. It's kinda weird to see a ground with shadows and a flat outlined character together. With a more coherent UI and more coherent art style, this game would be very enjoyable to play!